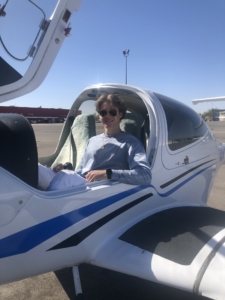 Franklin “Frankie” Fremont is graduating from high school next month and will enroll at Embry Riddle Aeronautical University in the fall, but he is already an accomplished aviator. Growing up with a toy airplane in his hands, Fremont dreamed of taking to the skies. In making that dream a reality as early as he could, Fremont sought out glider training as a first step so that he could solo at age 14. But Fremont didn’t settle for a solo flight or for limiting his flying to gliders.

Within 24 hours of turning 16, not only did Fremont earn his Private pilot glider certificate, he also soloed in a Cessna Skyhawk and Robinson helicopter. At age 17, Fremont passed his Private pilot airplane checkride and would later add rotorcraft privileges. Fremont has been recognized as the youngest airman to be certificated for airplanes, gliders and rotorcraft.

And most recently, Fremont, a resident of Las Vegas, NV, is the recipient of Sporty’s latest $2,500 flying scholarship awarded to Sporty’s Pilot Training+ members. Fremont’s future goals in aviation include completing his Instrument rating and earning a Flight Instructor certificate at Embry Riddle.

Fremont discussed his accomplishments and was surprised by the news of his scholarship award in a recent video chat with Sporty’s.

It’s easy to enroll as a Sporty’s Pilot Training+ member by visiting sportys.com/pilottraining. 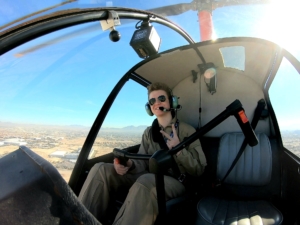