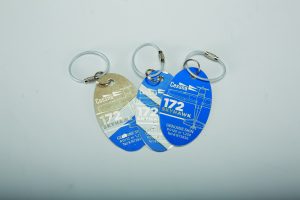 The Cessna 172 Skyhawk, first introduced by the Cessna Aircraft Company in 1955, is the most popular single-engine aircraft ever built. More 172s have been produced than any other aircraft and it still remains in production today.

The Cessna 172 Skyhawk PlaneTag is a chance to own a piece of this well-loved aircraft. These PlaneTags were salvaged from a Cessna 172K model, tail # N7262G. This Cessna 172 was one of 759 built in 1970, making 2020 the 50th anniversary for this particular aircraft.

PlaneTags are hand selected, cut, and stamped, to be truly one-of-a-kind. Each piece will look like no other, and will be assigned a number in the series.

“You’d be hard-pressed to find a pilot who hasn’t flown a 172,” says Sporty’s Vice President John Zimmerman. “PlaneTags are a practical memento from many pilots’ training experience.” 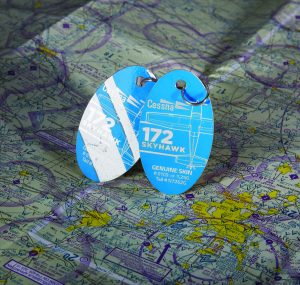 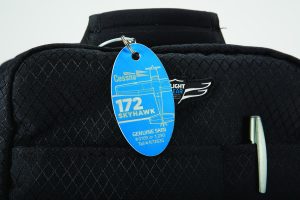