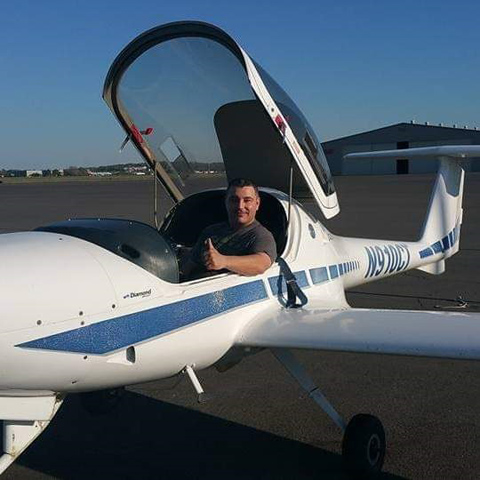 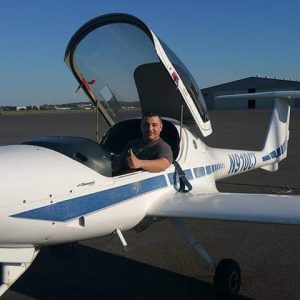 Rene Wilson of Columbia, South Carolina, has been selected to receive the Sporty’s Flight Crew Scholarship.  Rene plans to use the $2,500 scholarship to complete his private pilot training.

Rene joined the United States Army in 1995 and has made the military his career. He currently serves as a Master Sergeant working in the Network Enterprise Center (NEC) for the South Carolina National Guard. Among his many career awards is a Bronze Star, earned during a deployment to Iraq.

Sporty’s Flight Crew is a three-level customer benefit program that rewards customers with access to training programs, unlimited free shipping, an on-call personal Sporty’s shopper, and more. The top two levels (gold and platinum) include the opportunity to apply for this $2,500 scholarship. Each year, three scholarships are awarded to Sporty’s Flight Crew members.

“Sporty’s is glad to pay back in a small way someone who has given so much to our country,” says Sporty’s Vice President John Zimmerman. “And we hope within the year to welcome him to the community of GA pilots.”

As for his plans when he earns that ticket, Rene thinks about “breakfast in New York and catching sun rays in Florida” where he has family. He says, “A three-hour flight is better than an eight-hour drive.” In short, he says, “The possibilities are endless.”