Keep Flying and Charging while Using Your iPad 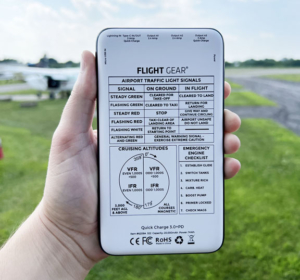 The updated Flight Gear Backup Battery is the pilot’s answer for charging mobile devices on the flight deck. This battery can charge multiple iPads and ADS-B receivers at the same time – even while those devices are in use. Now 20% smaller, the Flight Gear Battery Pack still packs 20,000mAh, enough to charge an iPad multiple times.

A total of four high amp USB ports are available to charge your devices; two 2.4 amp USB-A ports, one 3 amp quick charge USB-A port and one Power Delivery USB-C port. The Power Delivery port allows for pass-through charging, making it possible to charge a device and the Flight Gear Backup Battery at the same time.

“Any time you add an electronic device to the cockpit, you run the risk of interference with the radios,” says Sporty’s President John Zimmerman. “We’re very concerned about that problem, so we’ve tested the Flight Gear Battery pack in multiple aircraft and through hundreds of flight hours to ensure that it won’t become a nuisance in the plane.”

Sporty’s Flight Gear Backup Battery has built-in safety features that constantly monitor the battery health. In the event of a problem, the battery will shut down until the issue is resolved, protecting against temperature fluctuations, overcharging, over discharging, short circuits and other issues. 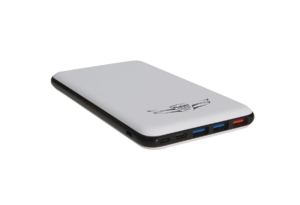 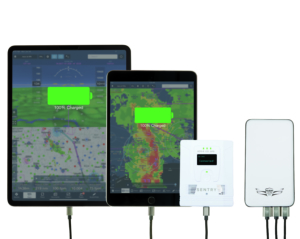 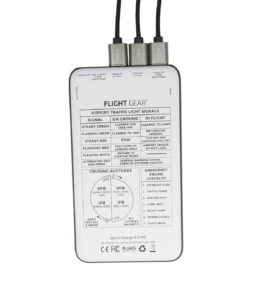