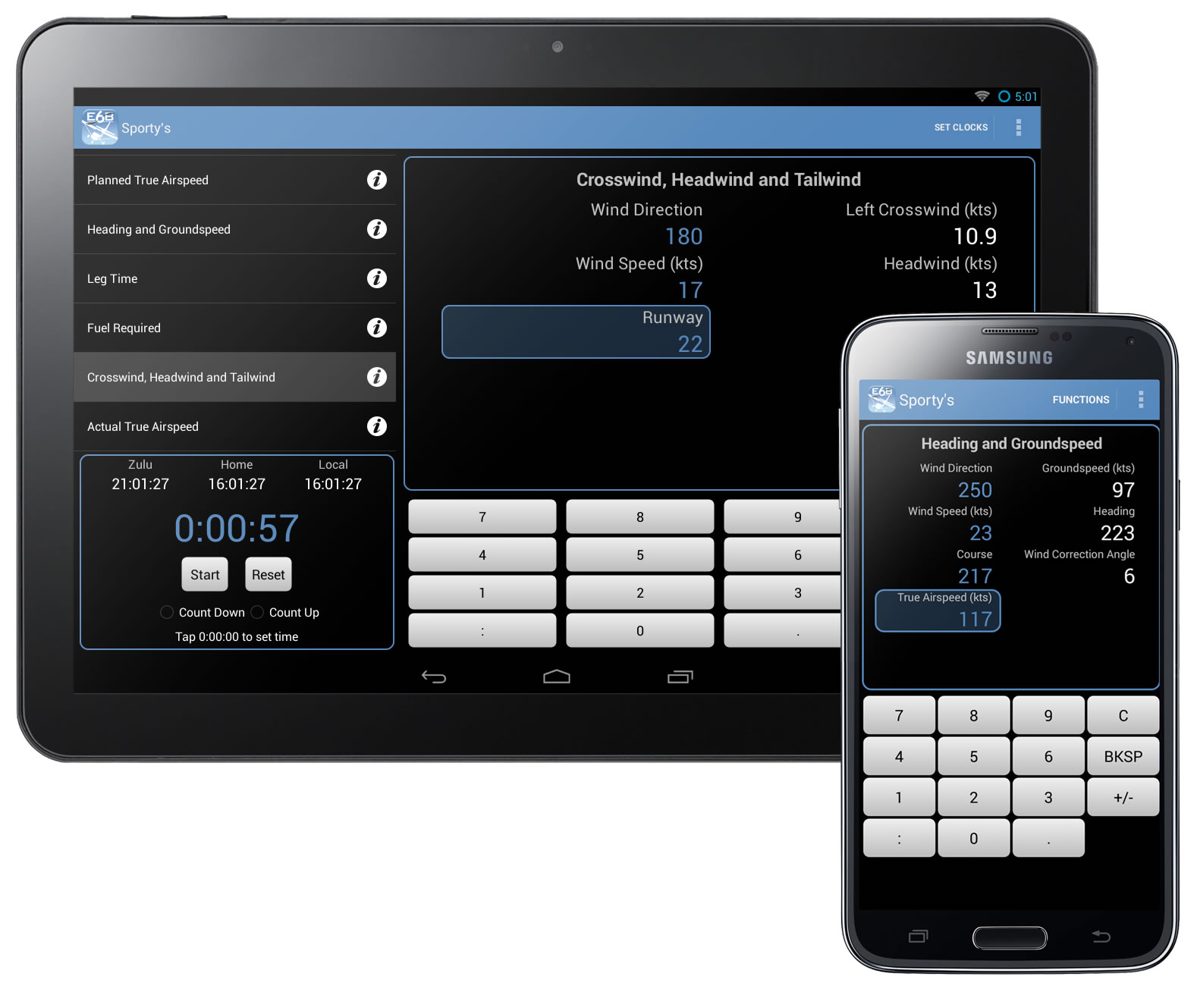 The latest version of the E6B for Android improves the tablet layout and functionality.

Sporty’s E6B for Android: This app features the formulas from Sporty’s popular handheld electronic E6B with the convenience of a mobile app. Offers 23 aviation calculations, 18 conversions, time zone tracking and a timer. This version adds a new, modern interface designed specifically for the latest release of the Android operating system. It also improves the layout for tablets, ensuring that all features are visible and accessible in both portrait and landscape orientations.

“The bonus is that these updates are free for Sporty’s customers who already own a particular app,” says Sporty’s Vice President John Zimmerman.

The Sporty’s E6B for Android app is available for $9.99 in the Google Play Store.

It has now been updated with a new design for the latest Android OS.  The interface has been improved allowing for better viewing on tablets. All-new Airspace content

has also been added to address the latest changes to regulations.

As with all of Sporty’s Apps the video and content will continue to receive updates free to app owners.

The Sporty’s Flight Review for Android app is available for $29.99 in the Google Play Store.

Sporty’s Study Buddy for Android: Sporty’s Study Buddy provides a tool for student pilots to study FAA test questions and take practice tests in preparation for the actual FAA written test. Every question and answer includes a custom explanation written by the CFIs at Sporty’s to help you better learn the subject matter behind each question, instead of relying on rote memorization. There are four separate Study Buddy apps available, one each for the Private, Recreational, Instrument and Commercial tests.

What’s new in the Study Buddy app is the new FAA full-color figures supplement to the Private and Recreational apps, making it much easier to view and interpret the information required to answer certain questions. The figures are also now presented in an interactive viewer allowing you to read any of the figures or legends at any time, and not just the ones specifically referenced in the question. These four apps include the latest FAA test question updates and were improved to be more user-friendly on tablets. The four test apps range in price from $9.99 to $14.99 and may be purchased at the Google Play Store.